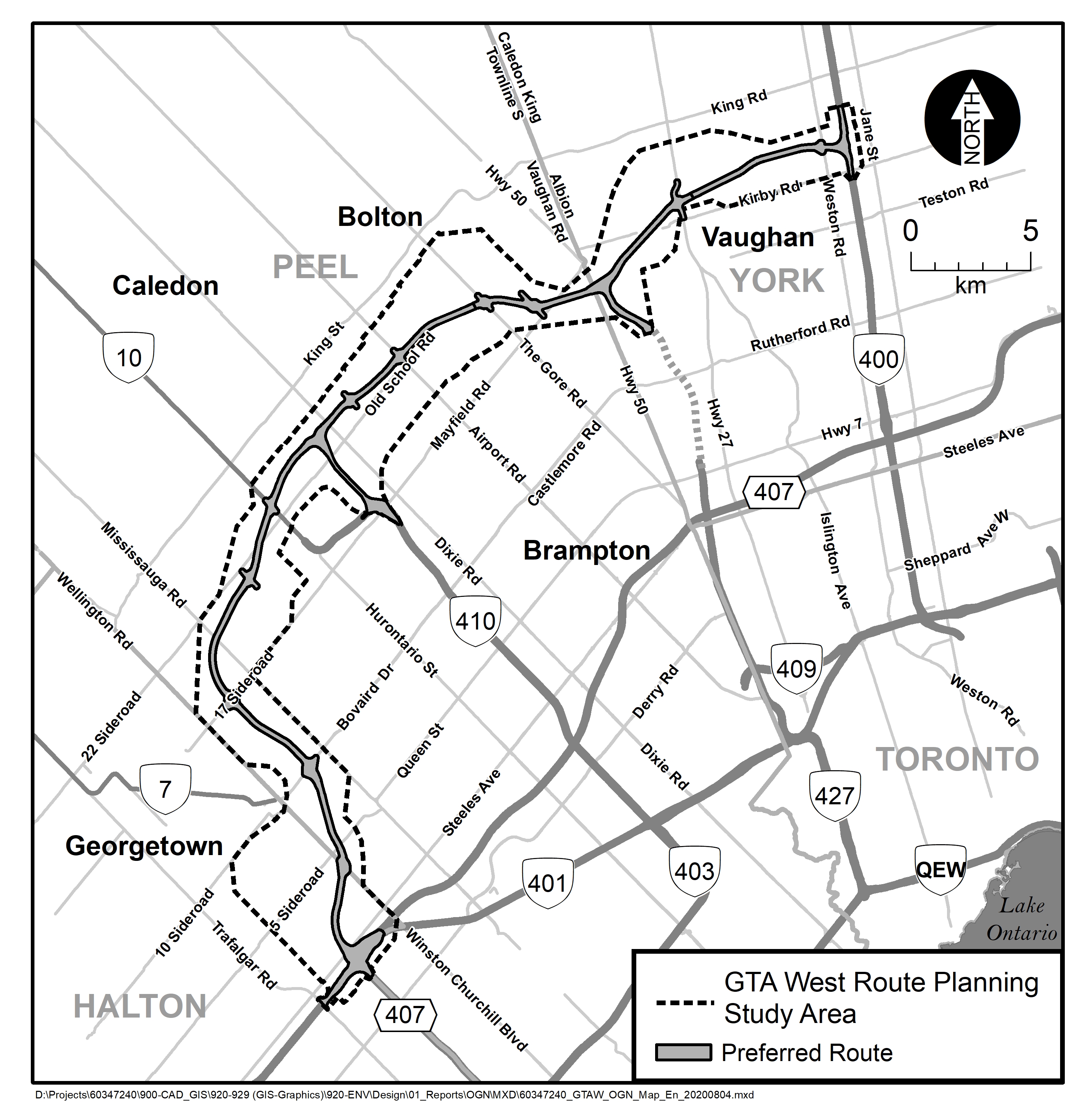 TORONTO - The Ontario government is taking steps to make commuting and travel easier in the Greater Toronto Area by confirming the Preferred Route for a new 400-series highway and transit corridor across York, Peel and Halton regions. Advancing the GTA West corridor will reduce travel times for drivers and support economic growth and job creation.

"The Greater Golden Horseshoe is an economic driver for the province and addressing transportation needs in this region is essential to the competitiveness of our economy," said Caroline Mulroney, Minister of Transportation. "The GTA West Corridor will help alleviate traffic congestion and improve the movement of people and goods across the province."

The GTA West corridor will include a four-to-six lane 400-series highway, separate infrastructure dedicated for transit and passenger stations, as well as intelligent transportation features and truck parking. By 2031, the overall traffic on this route is expected to exceed 300,000 auto vehicles trips per day.

Feedback from public consultations have been reviewed in consideration of the confirmed Preferred Route and 2020 Focused Analysis Area. The Preferred Route incorporates feedback received from stakeholders and the public as well as new land use and environmental information.

The Preferred Route consists of the route and interchange locations for the GTA West corridor. Preliminary design and further consultations will be moving forward over the next two years as the design is further developed.

The Environmental Assessment (EA) for the GTA West Corridor is expected to be complete by the end of 2022.